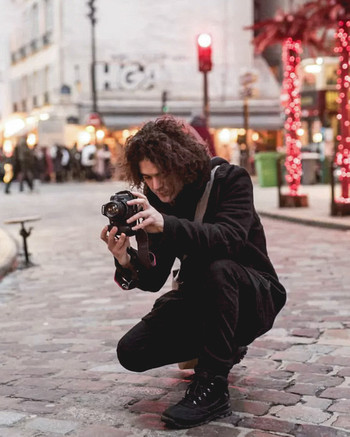 “My name is Panos (real name: Panagiotis Achouriotis) and I'm a greek independent filmmaker-producer, living in Paris for 10 years. A part of the film industry all of my life, I was selected as a young talent in the Berlinale International Film Festival and been awarded the national price for Best Screenplay by the Hellenic Book Center. Films that I have produced or directed were screened in film festivals all around the world and I have worked in television and numerous feature films in Greece, Germany and France.”

Hit me up for more questions at cinematic.walks.gmail.com